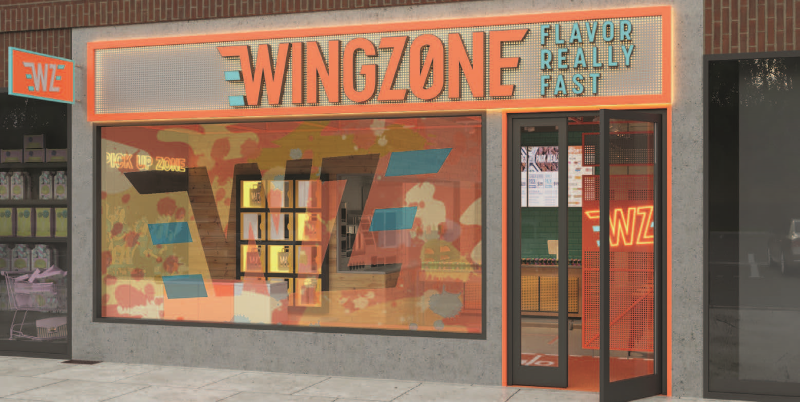 Wing Zone is getting ready to test robotic fry cooks and other tech enhancements to boost efficiency and speed up the chain’s unit growth as it looks to become a major player in the competitive wing segment.

The moves, part of a major brand refresh, come about eight months after the fast casual was acquired by Capriotti’s Sandwich Shop.

New corporate restaurants are slated to open late this year or early next in the Las Vegas area. They’ll be the testing grounds for the tech upgrades before they’re rolled out to franchisees, David Bloom, the chain’s chief development and operating officer, said.

Wing Zone currently has about 70 open stores, split evenly between the U.S. and global locations. Future growth will focus on the domestic market.

Among the major changes at Wing Zone is a new wing cooking process designed to shave cook time from nine minutes down to just two minutes. That’s accomplished through pre-cooking and holding the wings at proper temperatures before frying.

Bloom said the chain is also scheduled to test automated fry cooks made by a a major robotics company, which are able to complete the entire frying process.

In the front of house, Wing Zone is moving toward a cashier-less system via self-ordering kiosks.

New stores will have virtual-reality stations for Instagram photos, as well as a DJ-curated soundtrack and a “scent strategy” that neutralizes the fryer oil smell while infusing the air with a custom scent that pairs well with spicy wings.

All of these investments and enhancements are designed to position Wing Zone as the clear No. 2 concept behind Wingstop, which has 1,415 U.S. units.

“Wingstop has done a great job and continues to do a great job of broadening the appeal of wings as an everyday food,” he said. “The more they grow and the more they’re willing to spend telling people, ‘Hey, you should eat more wings.’ We think that’s a good thing.”

Wing Zone, which was founded in 1993, has historically had a very broad menu of burgers, wraps, salads, appetizers and desserts. Under the brand’s reimagining, the chain will focus on its core wing menu, he said.

Existing franchisees will not be forced to make any immediate changes, he added.

Capriotti’s has long focused on the importance of technology in its operations, something it is carrying over to Wing Zone, Bloom said.

“We’re really comfortable in figuring out the solutions,” he said. “We’re not Wingstop. We don’t have hundreds of millions of dollars laying around to launch new divisions. It always comes down to execution. That’s our strength.”

This story has been updated to correct Wingstop's U.S. unit count.