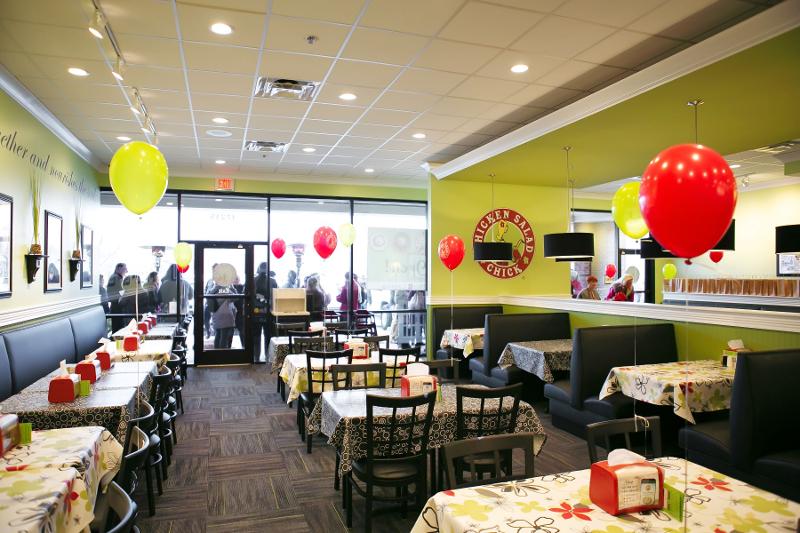 It took Chicken Salad Chick a decade to open its first 100 stores.

The next 100 restaurants popped up in less than three years.

For CEO Scott Deviney, having 200 open locations positions the fast-casual concept for its “new era” of growth.

“It’s so challenging to grow a brand from a very small number to a bigger number,” said Deviney, who joined the chain in 2015 when it had 32 locations. “And the statistics in franchising are so stacked against you to get to 100 units. Every time we can hit a new milestone, it means we’re doing something that such a few companies can attain.”

The Southern-style chicken salad brand continues its growth far outside of its home base of Atlanta, into states such as Virginia, Ohio and Indiana, with an eye toward having 500 locations by 2025.

Some of the chain’s recent expansion has been fueled by private equity firm Brentwood Associates, which bought the concept in late 2019.

Despite the recent flurry of restaurants making forays into initial public offerings, Deviney said that’s not top of mind for Chicken Salad Chick.

“I wouldn’t say it’s an end game or not an end game,” he said. “We’re constantly monitoring the markets to see what happens. It comes down to the owner on what’s the right time to exit. I don’t get too hung up on it. I don’t think Brentwood’s ready to sell us tomorrow.”

Chicken Salad Chick has fully recovered from the pandemic, with average unit volumes at record levels, he said. System sales are currently up 50% year over year

Despite surging COVID rates in much of its trade area, the chain is still seeing strong on-premise growth, he said.

“Our dining room business continues to grow,” he added. “We’re taking the cue from our guests who say, ‘We want you open.’”

“You can grow much more rapidly when you have a very good foundation and base,” he said, noting that the brand doesn’t have any interest in opening ghost kitchens right now. “The best marketing we have is to build more restaurants.”

And that’s just what the chain is doing. It intends to end the year with about 15 more openings, followed by up to 50 stores next year and up to 60 more locations in 2023.

“We’re trying to create a brand that outlives us,” he said. “All the decisions we make are really long-term.”

Among those operational shifts is being aggressive about opening drive-thru locations.

When Deviney started with the chain, fewer than 20% of units had drive-thrus. Now, that number is inching closer to 50%. Drive-thru locations report increased traffic, while stores without them see a higher percentage of third-party delivery, he said.

Another area of growth has been Chicken Salad Chick’s catering program, which still hasn’t fully recovered from the pandemic but is getting close, he said.

Pre-pandemic, catering made up just a bit more than 5% of the chain’s sales, with an expectation to grow that to 10% to 15%. The company recently started marketing its boxed lunches, instead of 36-sandwich platters of mini croissants, and has seen a significant sales bump, he said.